Chlorate production: learn how to benefit from APC

Do you manage, supervise, and operate a chlorate production process? Are you looking for saving opportunities or optimization possibilities? Find inspiration in this blog on how you can benefit from debottlenecking and advanced process control (APC) optimization.

The sodium chlorate (NaClO3) is obtained from sodium chloride and water by electrolysis under controlled electricity supply, temperature, pH and residence time. Then, the liquid product is adjusted in pH for equipment corrosion protection and directed to the crystallizer. The slurry is dried to obtain the final product, and the excess mother liquor is recycled.

Chlorate production is an electrochemical process, and as such, it is a major electricity consumer. A good amount of the OPEX resides in the electricity bill. When the chlorates’ market demands less than your plant capacity, the batteries are not 100% loaded, and operate at an electrical current lower than the maximum allowed. This is where you have the margin to reduce the specific consumption (as in the kWh needed to produce a ton of chlorates) by pushing the production to the most efficient cells first.

Models between the independent and control variables and a tailored objective function aiming to equalize and minimize the voltage per gap will be the core of the model predictive control (MPC) application. Automating the batteries’ operation will result in energy saving, reducing the process variabilities, and reducing the operators’ intervention.

Do you find that your plant is consuming way more caustic and acid than expected? It is possible that you are recycling more electrolytes than nominal? Think about it: based on the performance of the crystallizer, the mother liquor recycle may increase, which will result in more caustic and acid consumption to keep the pH at spec.

In a flash cooling crystallization system, the crystallization temperature is indirectly controlled by the (vacuum) pressure controller, which manipulates the cooling water flow to the condenser.

Is the condenser a bottleneck for your entire operation?

If in the summer, the cooling water temperature rises and the pressure controller is most of the time saturated, then yes, the plant is constrained, and the crystallizer is far from operating at the optimum. APC can help optimize the operation of your plant against any real constraints, delivering maximum profitability.

Do you want to know about your chlorate production opportunities?

Interested in debottlenecking and APC solutions for chlorate production plants? We can tell you all about the minimum requirements for an APC project to become a success.

Book a demo with one of IPCOS experts here. 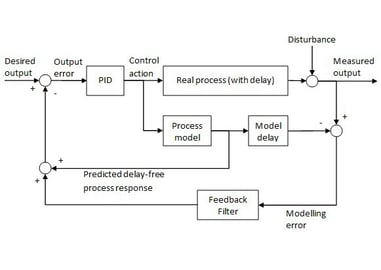 Smith Predictor: when to use it and how to tune it 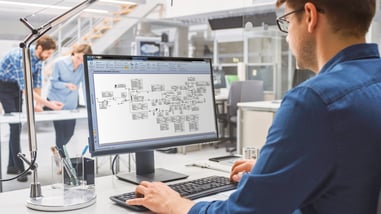 Real-time process optimization taken to the next level 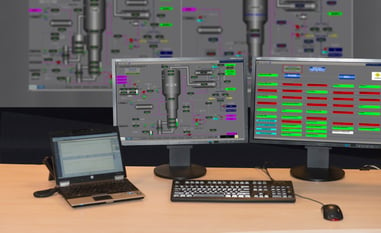